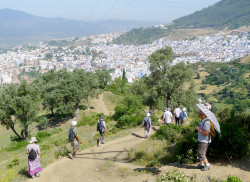 Morocco is a destination for those who seek an experience that is full of variety, a wonderful assault on the senses. Morocco has been described as “a mind bending fusion of the 1970’s and the Middle Ages”, full of contrasts, exotic sights, strange smells and wild experiences, an intriguing blend of Africa and Arabia.

Although today very much of the European world, Andalucia proudly displays its Moorish past.

Trip Style: Travel light, travel local. Using trains and public buses wherever feasible and carrying very little luggage (under 12 kg) in a smallish backpack (60-70ltrs) or a soft-sided wheelie bag. This style of travel makes for some fascinating encounters with the local people.

Food: Included meals to be confirmed, but as a guide approximately 20 breakfasts and 6 dinners will be included.

Accommodation:  Generally Star** to Star*** clean and comfortable with private bathrooms the norm. Normally twin-share/double, however at the Berber desert tent camp and the Kasbah du Toubkal the sleeping arrangements are dormitory style.

Criteria for Taking Part: Participants need to be moderately fit and active, be prepared for some basic living standards and accommodations and for using local transport, with all its hassles and rewards. A good degree of walking fitness and agility is required as on some days you will be required to carry or wheel your bag for 10 to 30 minutes between transport depots and hotels. Also, most sightseeing excursions will be on foot and there is some optional extended day walking on unpaved trails.

Price Includes: Accommodation, Auckland to Auckland airfares (in a specific class), transport, a full programme of sightseeing excursions, entries and services as detailed in the itinerary. Meals as specified in the final itinerary. 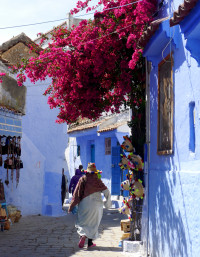