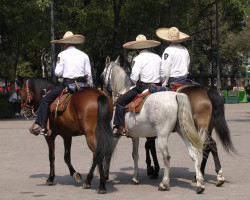 Book Now!
Enquiry.
Come and share the magic of Mexico and the charm of Cuba, the “colourful cousins of the Caribbean”. These two fascinating Caribbean countries will totally capture your heart.

Cuba is full of surprises and as described in the Lonely Planet, is “timeworn but magnificent, dilapidated but dignified, such fun, but at times maddeningly frustrating”. By expecting the unexpected and embracing Cuba’s eclectic culture, musicality and colour you will soon discover a country of undefinable magic.

While Mexico will captivate you with its relaxed Latin lifestyle, its bright colours and Spanish colonial architecture, catchy music and tasty cuisine, Yummy!
Gallery
Trip Photos 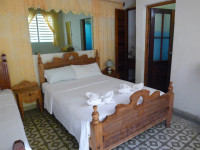 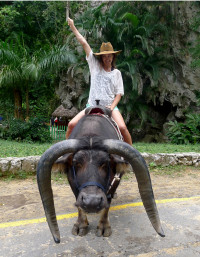 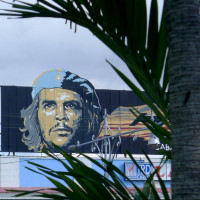 Havana – Old Havana was established by the Spanish in the 16th Century and today, despite 50 years of withering neglect, it is intriguingly beautiful and totally captivating.

Trinidad de Cuba – A World Heritage site since 1988, Trinidad is a beautifully preserved colonial town, with cobbled-stone streets and terracotta roofs. In the Valle de los Ingenios, learn about the sugar mills and slave trade that were the basis of Trinidad’s prosperity and wealth during the 18th  and  19th Centuries. Visit nearby Playa Ancon for an afternoon swim and head to the Plaza at night to enjoy the music and salsa dancing!

Cienfuegos – Established in 1819 by settlers of French origin, the city's prosperity was linked to the 19th-century sugar boom. Today, the old town remains a virtual museum of beautiful colonial buildings.

Playa Giron – Located on the Bay of Pigs, Playa Giron was one of the landing sites used by the Cuban exiles in 1961. Today it is known for its informative Museum of the Invasion and as a diving and snorkelling location.

We will begin our Mexican journey in Guadalajara,  Mexico's second-largest city and the home of Tequila and mariachi music. From here we travel south-east staying in the illustrious silver mining city of Guanajuato, with its amazing Baroque facades and underground tunnels and in nearby San Miguel de Allende, a gorgeous little town which is often referred to as the prettiest town in Mexico.  Before reaching Mexico City, the country's most impressive Capital, we will visit the massive Teotihuacan Pyramids that date back to 300 BC.

To conclude our time in Mexico we will move on into the vastly different world of the Yucatan Peninsula, where we will stay in colonial Merida and on the coast at Tulum on the Mayan Riviera.  The Yucatan is famous for the powder-white sand beaches of its Caribbean coast, its towering Mayan pyramids such as Chichen Itza and Uxmal and crystal clear cenotes that are just perfect for a refreshing dip on a hot day.

Guanajuato – A World Heritage Site, the old city is a living monument to its prosperous and turbulent silver mining past; for over two centuries 30% to 40% of the world's silver was mined in Guanajuato State. Delightfully colonial, Guanajuato has a maze of road tunnels beneath the town and its cobbled streets are lined by impressive buildings.

San Miquel de Allende – A traditional town, considered by many to be the most beautiful in Mexico.

Teotihuacan - Mexico's largest ancient site where we will climb to the top of the World’s third-largest pyramid.

Mexico City - Mexico's vast capital city of 24 million people was founded by the Aztec in 1325. Today it has many wonderful museums and art galleries, and a vibrant culture.  You will be surprised !

Merida – One of Mexico's oldest cities, the Heart of the Yucatan.

Tulum – Stay on the Riviera Maya, with white powder-sand, tepid water and palm trees literally at your doorstep, it’s the perfect spot for a relaxing beach stay. Swim in the Caribbean and the nearby freshwater cenotes, cycle (opt.) and explore Tulum’s stunningly located Mayan Ruins.

Cancun -  An overnight stay en route back to New Zealand.

Transport: For the most part travel by private bus/vans, taxis or classic cars. There will be two internal flights, one in Cuba and one in Mexico

Meals: In Cuba – All breakfasts included, but not lunches or dinners. Tourist restaurants are available and many casas offer excellent meals at reasonable prices.  In Mexico – all but 2 breakfasts will be included, lunches and dinners are not included. There are plenty of restaurants to choose from and markets where you can purchase supplies.

Accommodation: In Cuba we will stay in casa particulares , private homes that operate as B&B.  They are well run, clean and welcoming. Most have two rooms with private bathrooms for guests.  In Mexico we will stay in hotels.

Trip Code: Year of next trip to be advised 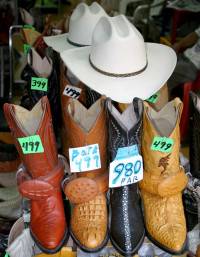 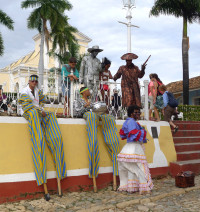 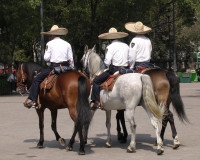